Chocolate bark is infinitely versatile, infinitely delicious. This is probably my favorite rendition of chocolate bark, because there's just so much of everything on it! If you can temper the chocolate correctly it makes for a great gift too, especially as it can be stored longer than your usual homemade baked goods. Even if you don't get the chocolate to temper perfectly, it still delights: I've given it out to many people who are happy to store it in the fridge. At some point I should probably get a candy thermometer to take the guesswork out of melting the chocolate to just the right point. In the meantime, I'll eat my fridge-cold chocolate bark and love it all the same! 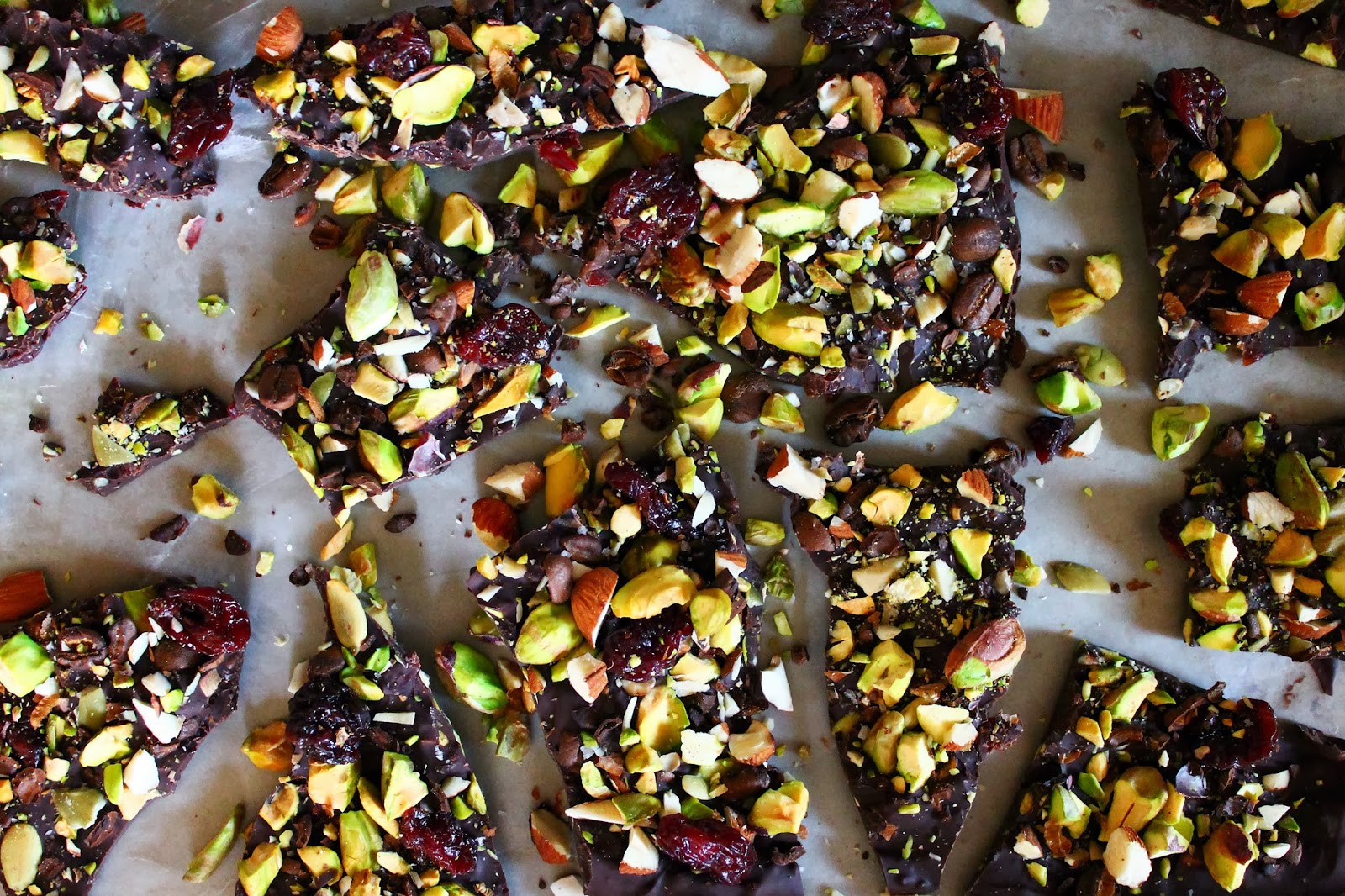 *1 bag (10 oz) high quality dark chocolate semi-sweet morsels
*1 small pinch ground allspice
*1/4 teaspoon sea salt*1/2 cup hulled pistachios, lightly toasted and chopped
*1/4 cup almonds, lightly toasted and chopped
*1 tablespoon pepitas, lightly toasted and chopped
*1 tablespoon coffee beans, roughly chopped*1/2 cup dried cherries, some chopped & some left whole
Melt the morsels in a heatproof bowl for 30 seconds at a time in the microwave, stirring after each round. When the chocolate is almost entirely melted, stir to melt the rest of the morsels and add the spice and salt. Combine the cherries, nuts, pepitas and coffee beans, remove about a third of the mix and chop it a little finer, then throw that into the chocolate, stirring to combine. Spread the mixture with a spatula onto a parchment paper-lined baking sheet until it's evenly about a quarter-inch thick. Rain down the remaining nuts, seeds, coffee beans and cherries until there's a nice layer over the chocolate. I usually take another small pinch of sea salt and scatter some crystals over the chocolate at this point too. Pop the baking sheet in the fridge to chill the bark for a couple hours. Break into shards when hardened. Do store in the fridge if tempering chocolate ain't really your finest skill. 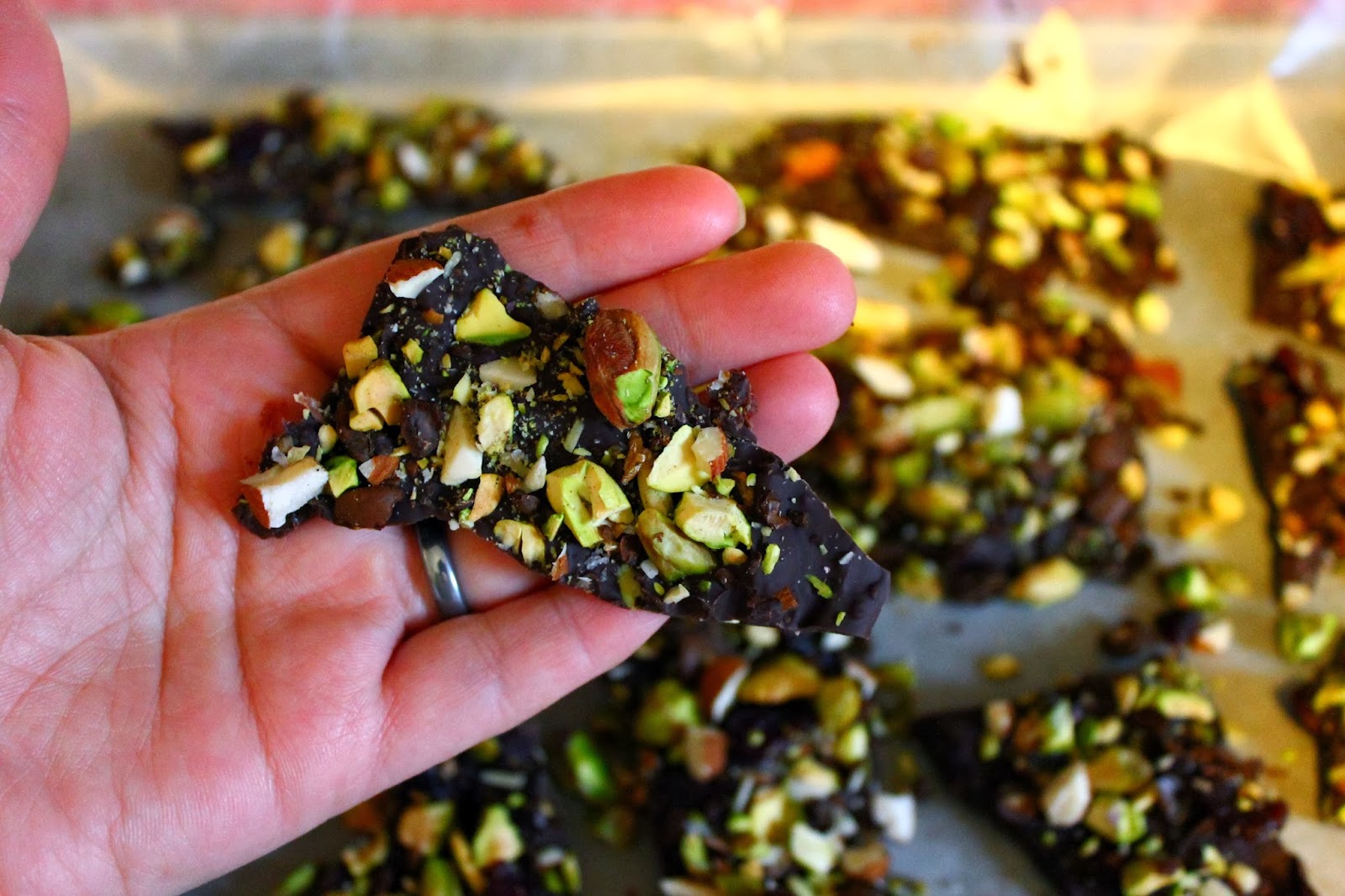